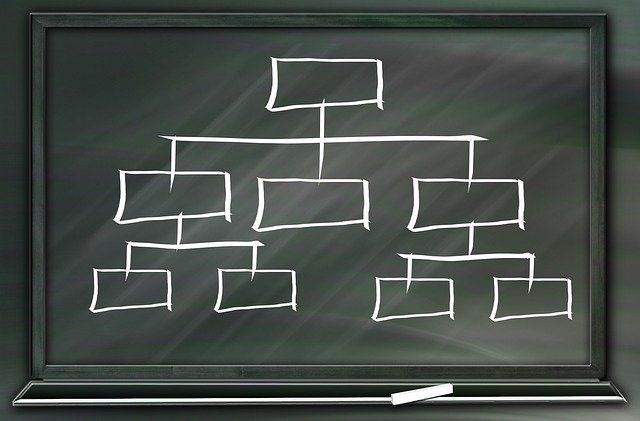 Robert M Gagné's hierarchy of learning portrays how complicated brain processes that underlie different types of learning can be classified. The order he came up with is based on how he grouped the eight most common types of learning. Gagné's hierarchy says that higher levels of learning build on the lower levels. One needs more knowledge to be good at them. For example, the lower four learning orders tend to pay more attention to how people act when they learn, while the higher four orders tend to pay more attention to how people think about things. When you practice something and get rewarded for it, you learn.

Learning is a long-term change in behavior caused by that practice. In general, learning and performance should not be confused. Learning is an inferred state of the organism, and performance is a natural state of the organism. Learning events are made up of stimuli, people who develop from these stimuli, and how they respond to them. "The Conditions of Learning" by Gagné highlights the hierarchy of learning. Broadly, there are eight types of learners. They start with the easiest and work their way up to the hardest. Even though he refers to these classes as "learning types," he is most interested in how they make their students behave and how well they do.

Behavioral psychologist Pavlov used the term "primitive learning" to refer to concepts like classical conditioning. Here, the subject understands how to react in a certain way when they receive stimuli. During his work, Pavlov did a lot of research about this type of learning. A cat responds to a ringing bell before the food gets served. Since two stimuli (the ringing bell and arrival of food) occur together, the cat becomes conditioned to believe food will arrive when the bell rings. The bell does not correlate with food yet incites such a response due to the method of classical conditioning.

If you want to understand the stimulus and response type of learning, one can employ a method known as operant conditioning. A form of signal learning where rewarded and reinforced behaviors are encouraged while punished behaviors are discouraged. Skinner came up with this type. For instance, consider a dog and his master. When the master pulls the leash, the dog receives a stimulus. This dog is trained to slow down or sit down in response to the pulled leash. As a result, the dog pats him to appreciate his response.

At this stage, one gains the ability to link two or more stimulus-response relationships, which connect the acquired knowledge with their preexisting knowledge. For example, when one has to identify the right key from a bunch. The subject merges their observations of the lock with the keys present to find the right one.

In this stage, one identifies objects via language. Assembling words is essential to develop your language skills. A baby associates the word ball with the object ball. A teenager may identify the same as a red ball, depending on their knowledge. Children can link what they hear from people, television, and other sources with real-world items. Their ability to identify these objects precisely is dependent on their level of exposure and learning. Gagne coined the term translation responses to describe another prevalent verbal association reaction.

This stage is about learning appropriate (different) responses to similar but fundamentally dissimilar items. One learns to respond to situations that are initially difficult to comprehend. The pupil develops the ability to distinguish between previously taught motor and verbal chains. According to Gagne, teachers employ discrimination learning when they devise a method for addressing each student in the class by their correct name. For example, when two students have similar names, Ram and Rame; the letter e becomes an essential difference.

This stage involves identifying objects by putting them into a class or category. When we hear or see anything, we do not consider exact wavelengths or intensities; We focus on the abstract features of what we see and hear, and in doing so, we can learn new things about them. For example, when we speak about the sun, we frequently correlate the term with its color (yellow), shape (circle/sphere), and location (sky) to facilitate basic comprehension.

We can use a rule to connect two or more things. People regard rules as a collection of concepts. For instance, when one learns the rule for generating an adverb to modify an adjective they recognize that the modifier must include the suffix 'ly'. Since the subject is familiar with the rule, they can apply it to an entire class of words instead of memorizing the adverbial form for each adjective. Rules enable a class of things to be responded to by a class of performances.

This is the highest degree of thought in Gagné's hierarchy of learning. In this stage, one develops the ability to create complex rules and algorithms and apply them to similar situations. When people encounter difficulties in achieving a goal, they seek out guidelines that will assist them in resolving them. Once done, the learner gains new knowledge and can perform new tasks. When two or more lower-order rules are combined, they form a higher-order rule. For example, when we need to find the perimeter of a rectangle, we need to combine two operations- addition and multiplication. The higher-order rule is the equation to find the perimeter, combining both the operations [2*(length + breadth)].

As with any framework, Gagné's hierarchy of learning is based on intellectual abilities. In 1988, Gagnér and Driscoll used the same theory to design all kinds of instruction. It started with a focus on military training environments (Gagné, 1862). Gagné (1987) talks about how instructional technology can help students learn.

How to Help Students with Learning Objectives
Experiential Learning – A Guide
What Are the Main Principles of Learning?
STEM Education- All You Need to Know
Tips to Improve Communication Skills
Tags