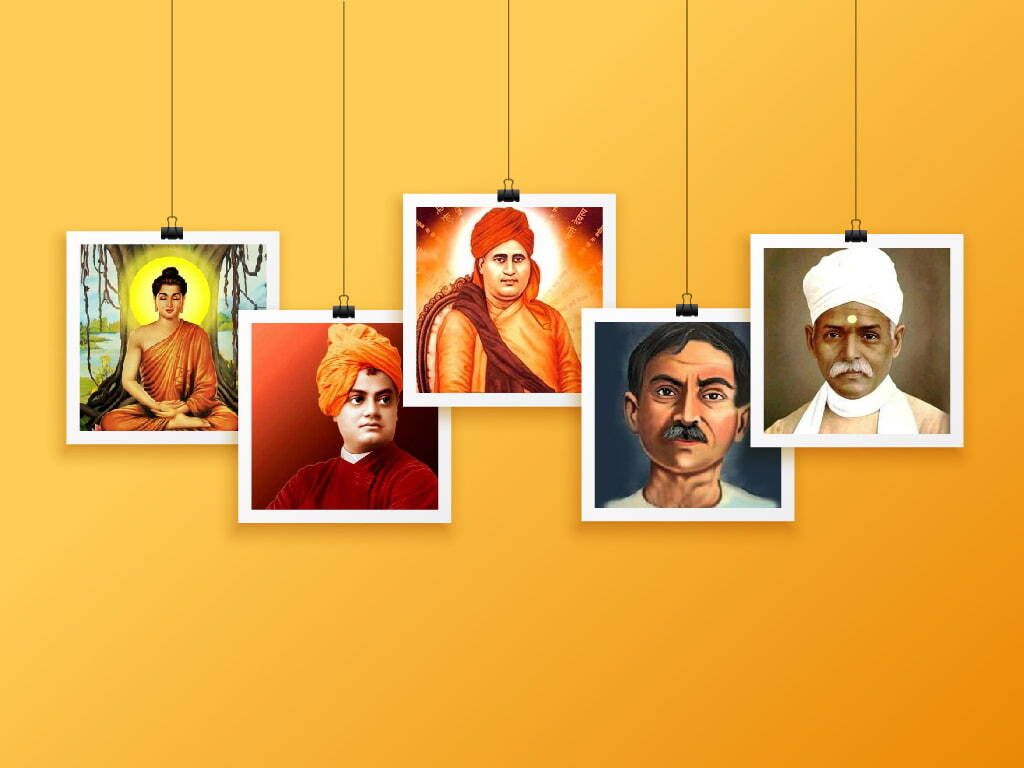 "Teachers, who educate children, deserve more honor than parents, who merely gave them birth; for the latter provided mere life, while the former ensured a good life." ― Aristotle

Education is the greatest wealth that one can pass on, without losing anything but gaining. There is a reason why teachers are considered to be the most valuable assets of the country. Whenever someone thinks about their learning process, the first thing that they recall is the great teachers who nurtured them well. Teachers play a pivotal role in everyone's life as they not only teach us to read the books, instead they teach us to read life. India has been blessed by some of the best teachers the world has ever seen. Teaching is a divine profession and nothing can match the commitment and dedication that teachers have toward their job. Today we will be talking about some of the greatest teachers of India and their contributions to the education sector and society. India has a rich history in terms of education. We know that Aryabhata invented zero and that Indian teachings have paved the way for a lot of innovations and inventions.

Let us start this blog by talking about one of the great teachers of India, Swami Vivekananda

Swami Vivekananda- "You have to grow from the inside out. None can teach you; none can make you spiritual. There is no other teacher but your own soul."

Born on 12 July 1863, Swami Vivekananda was a Hindu Monk and was known for his unparalleled intellect. The ‘Ramakrishna Mission’ was his brainchild. In the monastery founded by him, his followers and monks come together to teach about Practical Vedanta and spread awareness about it. Sri Vivekananda was the one behind the Gurukula system where students study and live together with teachers.

Gautam Buddha- "No one saves us but ourselves. No one can and no one may. We ourselves must walk the path."

Gautam Buddha earlier known as Siddhartha was born in 480 BC. The founder of Buddhism, a great philosopher, a mendicant, a meditator, a wonderful spiritual teacher, and one of the most wonderful religious leaders India has ever had. Belonging to Ancient India he was far ahead of his times. Buddha is also been regarded as the one who has transcended Karma and avoided the complete cycle of birth and rebirth.

Munshi Premchand- "To be successful in life what you need is education, not literacy and degrees."

Shri Munshi Premchand was born as Dhanpat Rai Shrivastavaon on July 31, 1880. He was one of the most renowned writers and was known for Modern Hindustani Literature. He was known by his pen name Munshi Premchand. Every other child born in India grows up reading Sri Premchand's poems. He was greatly influenced by the teachings of Swami Vivekananda. His contribution to strengthening India's education system can never be forgotten.

Swami Dayanand Saraswati- "What is crucial in dealing with loss is not to lose the lesson. That makes you a winner in the most profound sense."

One of the best teachers of Indian history, he was a scholar of the Vedic lore and Sanskrit language. He took stands for women's rights such as the right to education. He wanted society to treat women with respect and dignity and that is what he worked for. He educated thousands of people about rights and equality. He is one of the greatest teachers India has ever had.

Madan Mohan Malaviya was born in 1861, he belonged from the heart of India- Varanasi. He was an educationist and an independent activist in Indian history. He founded the largest residential university in Asia, the Banaras Hindu University. In addition, he aced the role of chancellor there for almost two decades. The university provided education to more than 35,000 students in various fields such as science, medicine, engineering, technology, law, agriculture, art, and performing arts. The Indian educationist was a man who popularized the slogan “Satyamev Jayate” of India. His contribution to strengthening India's education system can never be forgotten.

The five teachers of India that we have discussed today are the part and pride of our nation. We should always take a piece of their teaching no matter where we go because each of them radiated different values and principles that we should swear by. Though these great personalities are not amidst us now, it is their hard work and commitment to teaching that has steered us in the right direction. Today, if we are teaching and learning from the comfort of our homes, it is because these teachers of India taught us right. They assisted us in our discovery and helped with great innovations and inventions.

We hope all the teachers reading this blog are inspired by the great teachers of India and that will further inspire the generations to come. If you are planning to digitize your school and become future-ready, Teachmint is the way to go.