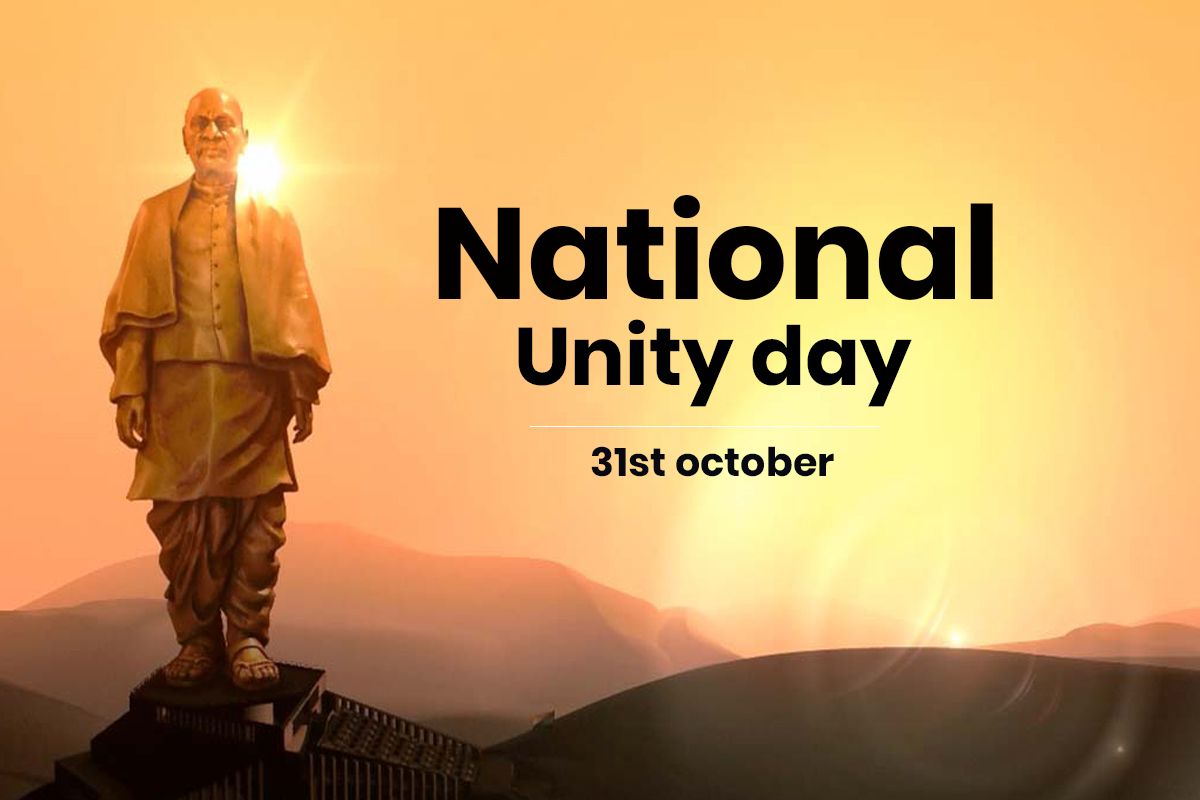 October 31st is celebrated as National Unity Day or Rashtriya Ekta Diwas. It commemorates the birth anniversary of Sardar Vallabhbhai Patel, also known as the Iron Man of India. He was a great freedom fighter and played a pivotal role in the independence struggle.

He has contributed immensely towards the freedom movement and for the integration of the nation. He believed in unity and urged people to look beyond religion, caste, and language. He joined the Indian Independence struggle In 1917. Sardar Vallabhai Patel was a successful lawyer and a great visionary. He worked towards abolishing untouchability and caste discrimination.

Sardar Vallabh Patel was behind unifying the 565 princely states to independent India. This is what earned him the title “The Iron Man of India.”

In October 2018, Prime Minister Narendra Modi inaugurated the 'Statue of Unity', sculpted in Patel's honor in Gujarat, on the occasion of his 143rd birth anniversary.

Sardar Vallabhbhai Patel treated everyone equally. He worked for the empowerment of women. He underlined the importance of educating women and bringing them to the forefront of things.

He understood the importance of taking care of one’s self and that the self has to be nurtured for an individual to be productive and resourceful.

Sardar Vallabhbhai Patel worked tirelessly for the freedom of our country.  He once stated that we have to work furiously for our freedom. It is not something that will be granted to you without any effort.

Sardar Vallabhbhai Patel brought all the princely states together after independence and set the foundation for a strong and united nation. Integrity is a beautiful quality to possess.

He did not believe in social constructs such as religion, caste, creed, and likewise. He urged people to look beyond that and be unified. He was a true leader!

To bring ease and efficiency to the table, it is of utmost importance to digitize your school. With a brilliant suite of features, Teachmint's Integrated School Platform makes the process of management, teaching, learning, and analysis- easy, effective, and practically consolidated with one another. Check out the features here.