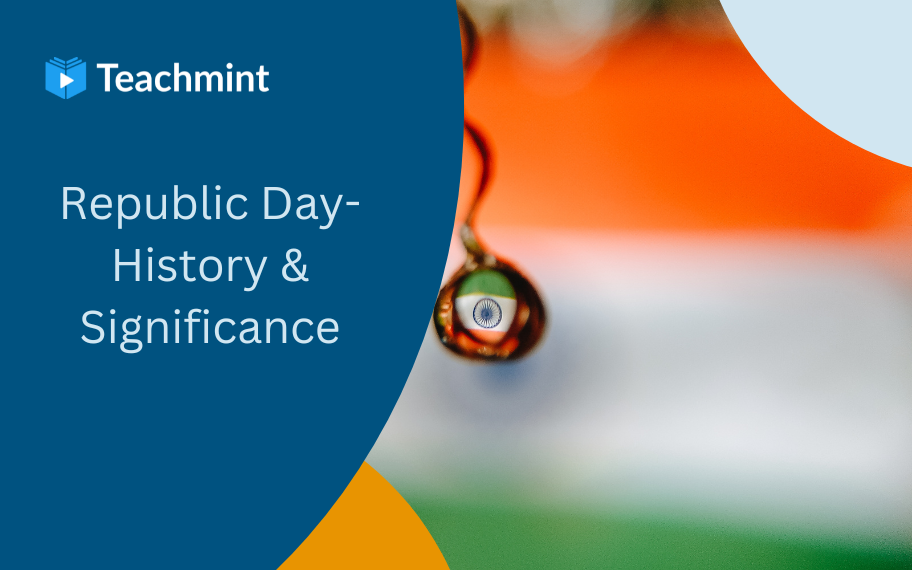 Republic Day is celebrated on January 26th every year to commemorate the day when the Constitution of India came into effect in 1950. The Constitution of India, adopted by the Constituent Assembly on 26th November 1949, came into effect on 26th January 1950, making India a republic. The day is celebrated with great enthusiasm across the country, particularly in the national capital, New Delhi, where a grand parade is held at Rajpath, featuring a display of India's cultural and military heritage. The President of India unfurls the national flag and the national anthem is played. The parade culminates with a display of colorful floats representing different states and cultural groups of India.

The day is also marked by patriotic speeches, cultural programs, and the distribution of sweets and gifts. Schools and colleges hold special programs and competitions to mark the occasion.

Republic Day is also celebrated in other parts of the country with parades and cultural programs in state capitals and other major cities. The Indian army, navy, and air force also hold their own parades and displays to mark the occasion.

The significance of Republic Day lies in the fact that it marks the transition of India from a British colony to a republic. The Constitution of India, adopted on this day, lays down the fundamental principles of democracy and equality, and ensures the protection of individual rights and freedoms. It is a reminder of the sacrifices made by the freedom fighters and the values of freedom, democracy and secularism on which India was founded.

This day is also an opportunity for Indians to reflect on the progress made by the country since its independence and to reaffirm their commitment to building a better India. It is a day to celebrate the diversity and unity of India and to honor those who have worked to make the country a better place.

The Preamble of the Constitution of India

We, the People of India, having solemnly resolved to constitute India into a Sovereign Socialist Secular Democratic Republic and to secure to all its citizens:

Equality of status and of opportunity;

And to promote among them all Fraternity assuring the dignity of the individual and the unity and integrity of the Nation;

In our Constituent Assembly this twenty-sixth day of November, 1949, do hereby adopt, enact, and give to ourselves this constitution

Here are a few ideas for celebrating Republic Day in schools and colleges:

Start the day with a flag hoisting ceremony, where students can participate in singing the national anthem and pledge. This can be followed by a host of cultural activities.

Organize cultural programs featuring patriotic songs, dances, and skits to showcase the diversity and unity of the country. Students can select any activity of their choice to show the rich heritage of India.

Have a parade with students dressed in traditional attire, holding flags, and performing patriotic songs and dances.

Invite veterans to share their experiences with students and educate them about the significance of the day.

These fun activities and events make Republic Day celebrations interesting and engaging for students. Moreover, it also provides them an opportunity to express what they feel about the significance of this day.

India became a democratic nation after gaining independence from British colonial rule in 1947. The Indian Constitution, which was adopted in 1950, established a federal system of government with a parliamentary democracy. The Constitution also guarantees civil liberties and fundamental rights for all citizens, including freedom of speech and religion. Republic Day is celebrated all over the country with great zeal and zest to celebrate India’s transition to a republic nation. In conclusion, Indian Republic Day is an important national holiday that celebrates the adoption of the Constitution of India and the transition of India from a British colony to a republic.