5 Facts About Republic Day That You Should Know 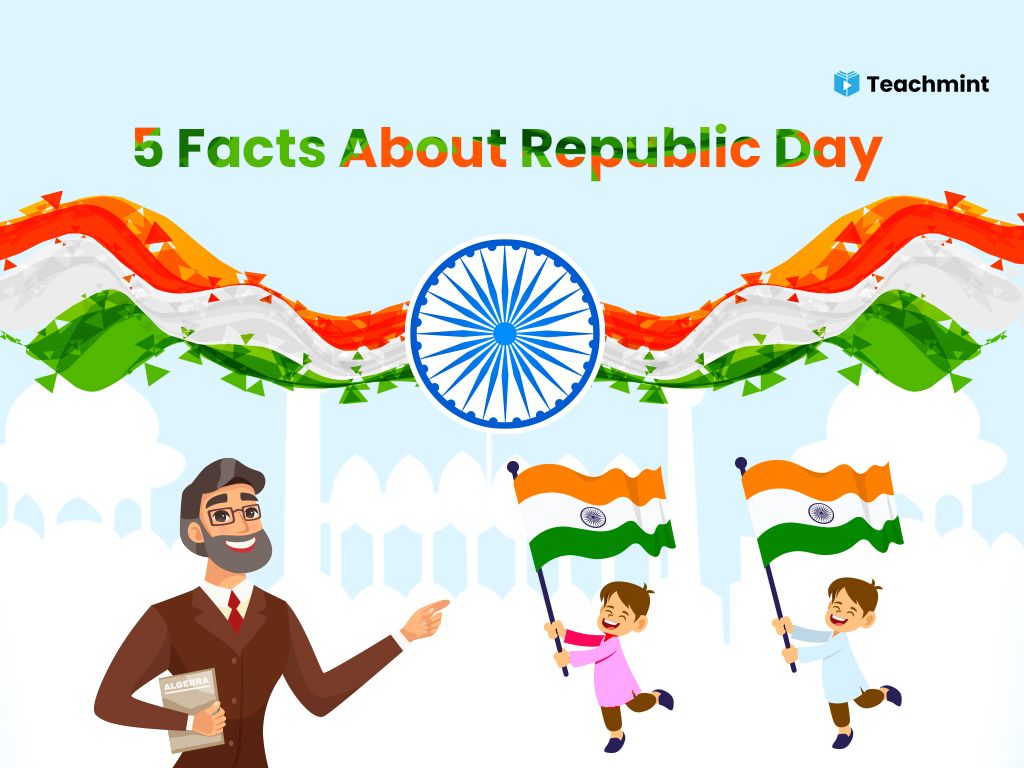 India, the land of diversities has been celebrating Republic Day since 1950. To honor the date on which the Constitution of India came into effect, every year, on January 26th, we celebrate the Republic day. India was under the rule of British for over 200 years and became an independent nation on August 15th, 1947. The constitution of India, which is regarded as one of best constitutions in the world, came into effect on 26th January, 1950.

Republic Day 2021 is going to be significantly different from the previous years. In light of the coronavirus, the famous Republic Day Parade has been cut short. The number of people who can see the parade has been reduced and the march will be shortened. There won’t be any chief guests this time as British Prime Minister Boris Johnson won’t be able to make it due to the rising number of COVID cases in the UK.

1 . The first Republic Day was celebrated on January 26, 1950, three years after we got independence.

3.Abide With Me, a Christian hymn is played at the end of Republic Day Parade every year.

Written by Scottish Anglican Henry Francis Lyte, Abide with Me is considered as Gandhiji's favorite song and is played at the end of the Republic Day parade since 1950.

4. Most of the national awards such as Bharat Ratna, Kirti Chakra and Padma Bhushan are awarded during the Republic Day ceremony.

The President of India distributes the awards during the ceremony and honors the people from different professions and walks of life.

5. India has the longest written constitution in the world.

The Indian constitution is the longest constitution in the world with 444 articles that are divided into 22 parts and 12 schedules. 118 amendments were added to the constitution recently .

The Indian Republic Day parade is famous for the picturesque tableaux and performances. India is a melting pot of cultures and the parade is a presentation of different cultures and diversities. The nation is developing every day and one of the major reasons for the same is the development of the education sector.  With the NEP and a lot of other changes in the sector, there is a paradigm shift and it is in the right direction.