“It’s the teacher that makes the difference, not the classroom.”

Satyam Kumar from Apical classes has been making a difference since 2014. He has elevated people’s lives, strengthened communities, inspired a passion for different subjects, and enabled students to attain what they thought was unattainable.

He is one of those teachers who believe in knowledge beyond textbooks and is passionate about the job that he does. When the pandemic struck and the education landscape changed, he was clueless. He knew that he had to reach his students and keep the classes going but was not sure how.

There were a lot of challenges in front of him. The uncertainty of the situation just added to the list. Initially, he used Whatsapp to share videos with students. It was tiresome and took a lot of time. The size of the videos were an issue. A lot of students didn’t receive the videos and the continuity and lack of interaction was a huge issue.

Then he tried YouTube. But again, the interaction was an issue and feedback was a problem. There was no way to know whether the students understood the concept or not. He had to use multiple apps and this took up a lot of time. Students complained about losing videos and it was just not working out.

Satyam Sir was not ready to settle for anything but the best. He tried using a couple of other online teaching apps but they were either too complex or charged a heavy price. Some of them were not up to the mark and  did not do justice to the promises that were made. That’s when he came across Teachmint.

“I have tried a lot of online teaching apps and nothing even compares to Teachmint.”

Satyam Sir believes that the teaching-learning process is complete only when there is two-way communication. Teachmint, with its live chat features and one-click go live has helped him to conduct classes seamlessly and effectively.

With offline classes, his reach was limited to Bhopal. By shifting his classes online, he was able to reach a lot more students. Apical classes now have students from various districts and states in the country. This was possible because of the zero restriction on the number of students that can be enrolled in a classroom and the effectiveness of Teachmint.

Satyam Sir says that one of the best things about Teachmint is that he does not have to juggle between multiple apps. All the necessary features that a teacher would require while conducting online classes are available in Teachmint.

“ I highly recommend teachers to start using Teachmint. You will see how easy and convenient it is and the quality of the app will make you a loyal user.”

Our users have been handholding us while we build our dream of democratizing online education. Teachers like Satyam Kumar are an inspiration and the reason for our success.

Here's the story of Anchala Rathore who rose up to the occasion and took her classes online with Teachmint! 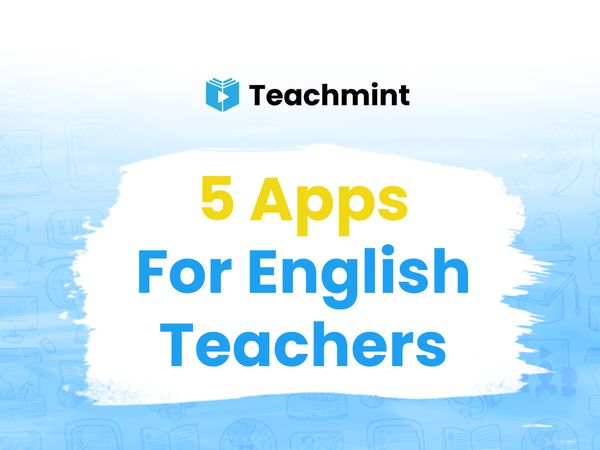 Here are five amazing apps for English teachers that bring ease and effortlessness to the table.