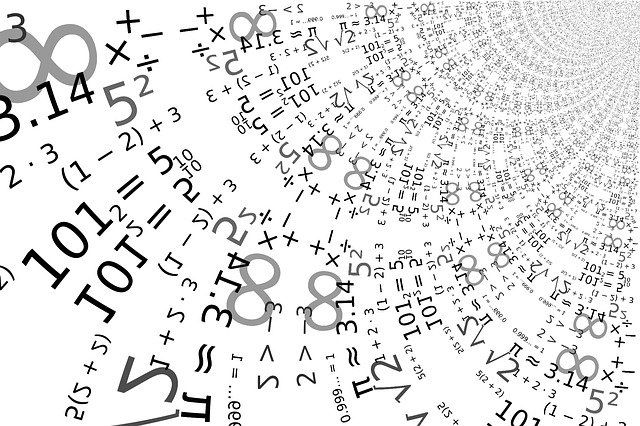 Math is a subject that instills curiosity in one’s mind, makes one wonder about the complexities of the figures and numbers and what lies behind the formula. In 1887, in Erode, Tamil Nadu, a similar story occurred when the Indian mathematical genius Srinivasa Ramanujan was born. National Mathematics Day is celebrated every year on December 22 across the nation to recognize and celebrate the works of Srinivasa Ramanujan.

Who was Srinivasa Ramanujan?

At the age of 12, as this child in a quiet village sat and mastered Trigonometry on his own and formulated theorems simply by self-learning, he was unbeknownst to the fact that one day his zeal for the same numbers will make India celebrate National Mathematics Day on December 22.

Determined and eager to learn, at the age of 15, Ramanujan decided to get himself a copy of George Shoobridge Carr’s Synopsis of Elementary Results in Pure and Applied Mathematics, 2 vol. which opened his mind to the possibilities of developing his theorems and ideas once he went beyond the collections of thousands of theorems and proofs given in the book. This was the instance when his genius truly showcased itself. It is said there are still some theorems made by Ramanujan that mathematicians are trying to understand.

Ramanujan’s enthusiasm led him to a scholarship to Government Arts College, Kumbakonam. Unfortunately, due to his below-average academic performance in other subjects, he lost the scholarship. He decided to not give up but chose the hard path and ran away from home and decided to study at Pachaiyappa’s College in Madras. Ramanujan continued with his work despite the difficult living conditions and unemployment, he navigated his way ahead in the field.

In his endeavor to study the subject profusely, the support of Mathematician Ramaswamy Iyer played a huge role as he helped Ramanujan gain financial independence by helping him get a job as a clerk.

“Journal of the Indian Mathematical Society” was the first of the many papers published by Ramanujan in 1911 which proved to be a testament to his genius. Ramanujan is often known as “The man who knew infinity”, as his love for mathematics knew no boundaries. He was able to give the people findings that are even today being used as a base for new findings.

Fellowships and scholarships on Mathematics Day

As we all know, a number of elite institutes in the country offer scholarships on Mathematics Day. Few amongst them are:

Tata Institute of Fundamental Research (TIFR): The Center For Applicable Mathematics, TIFR has an integrated Ph.D. program in mathematics, among other doctoral programs.

In 1913 Ramanujan wrote to GH Hardy, the British Mathematician who realized the potential in him and was eager to invite Ramanujan to London. Ramanujan went to England in 1914 at the age of 27.

Thus began a never-ending journey of success, where Ramanujan went to Trinity College, Cambridge, and went on to become a member of the London Mathematical Society in 1917. His biggest contribution to the world of math remains to be to mock theta function that generalizes the form of the Jacobi theta functions while preserving their general properties. He made further advances in the field and was publishing papers in both English and European journals.

In 1918, Ramanujan was elected a Fellow of the Royal Society for his research on Elliptic Functions and the theory of numbers. In the following October, he became the first Indian to be elected a Fellow of Trinity College, Cambridge making history and laying the concrete foundation of why his birth anniversary should be chosen to celebrate National Mathematics Day. Ramanujan contracted tuberculosis in 1917, his health deteriorated. Eventually, his condition improved a bit for him to travel back to India. In 1919, unfortunately, due to poor health Ramanujan peacefully passed away in Kumbakonam at the age of 32.

Post his death, three notebooks and a stack of papers which is today known as “the lost notebook” of Ramanujan were found. It contained many unpublished papers and results that mathematicians around the world continued to verify and prove long after his death. Ramanujan’s life has been the subject of an opera by Indian-German composer Sandeep Bhagwati, a novel and two plays.

The former Prime Minister Manmohan Singh on February 26, 2012, declared December 22 as National Mathematics Day in honor of Srinivasa Ramanujan to mark the genius mathematician’s birth anniversary. Shri. Manmohan Singh, on the occasion of National Mathematics Day said "A genius like Ramanujan would shine bright even in the most adverse of circumstances, but we should be geared to encourage and nurture good talent which may not be of the same caliber as that of Ramanujan".

The purpose of celebrating this day is to reflect upon his genius and instill in our minds a positive outlook towards the subject. Schools and Institutions around the country celebrate various events and activities to mark the day. The main reason for celebrating National Mathematics Day is to generate awareness about Mathematics among people and to encourage them towards studying it.

Introduction to CABE
Duties of a Campus Manager
Methods of Educational Psychology - A Guide
Population Education: Why Include it in School Curriculum?
CBSE UDAAN Scheme
Tags