The Legendary. The Hero- Mahatma Gandhi 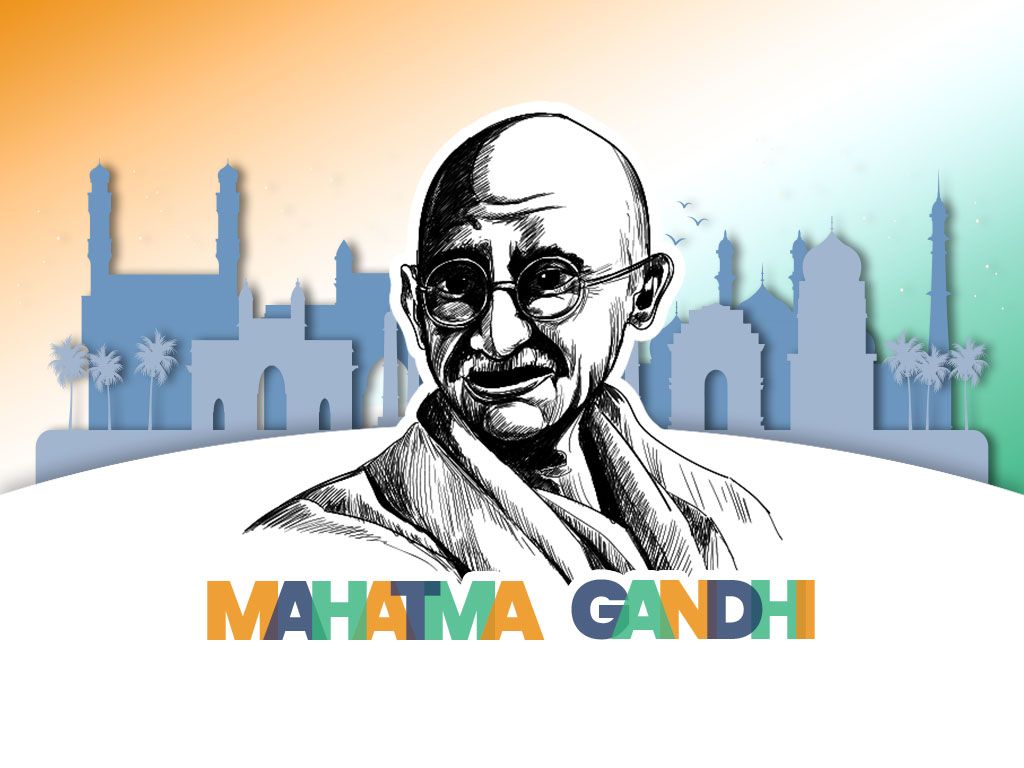 'Baapu' or the 'Father of India', Shri Mohandas Karamchand Gandhi, a legend whom the world remembers for his bravery and sacrifices. He was the man behind many revolutions in India. One of the main personalities and freedom fighters that helped India in snatching its freedom back from the hands of the Britishers. He was born to Shri Karamchand Gandhi and Putlibai on 2nd October 1869. His birthday is celebrated as Gandhi Jayanti in India. He was from Porbandar, Gujarat and his heart belonged only to India. October 2nd, Gandhi Jayanti, is also celebrated as International Day of Non-Violence.

"दे दी हमें आज़ादी बिना खड़ग बिना ढाल, साबरमती के संत तूने कर दिया कमाल" this one line sums up the biggest reason why everyone admires Mahatma Gandhi so much. These lines represent the gratitude of people towards Mahatma Gandhi for giving them freedom without the use of weapons and shields. Every Indian on 2nd October remembers Shri Mohan Das Karamchand Gandhi( Mahatma Gandhi) for the lessons and incredible legacy he has left behind.

His teachings have made an impact on society. This Gandhi Jayanti, with the help of the best quotes by Gandhiji, let’s take a look at five lessons that all of us should learn from Mahatma Gandhi.

Shri Mohandas Karamchand Gandhi was a great leader, a compassionate human, an exemplary visionary, and an inspiration. He can not be forgotten till the end of time as he has influenced the world differently with a new vision, a new hope. One will fall short of words to describe Mahatma Gandhi. He said that, in a gentle way, you can shake the world and that’s exactly what he did. He stood true to his principles and shook the world with his methods and ideologies. This is to spread the idea of nonviolence through education and other public awareness activities. His teachings have made an impact on society.

With all the gratitude and respect in our hearts, we wish all of you a very Happy Gandhi Jayanti.